Landon started Kindergarten a few weeks ago. Kindergarten is a big deal, I can't believe my Landon is already in Elementary School. I am not going to lie, I got a little emotional on his first day, but I think that Tori had the hardest time dealing with the transition. She spent pretty much all of Landon's first day at school crying because she missed him. Landon loves Kindergarten and is doing well. He is so excited to go to school everyday and he is really enjoying learning new things. I think that his 2 years of preschool has really helped in his transition to Kindergarten.
In other back to school news Jared started his second year of teaching Seminary this last week, and he apparently is quite the popular teacher (must take after his Mom). He really loves teaching the gospel and working with the Youth even though it comes with early hours and lots of lesson prep.
First day of Preschool 2008: 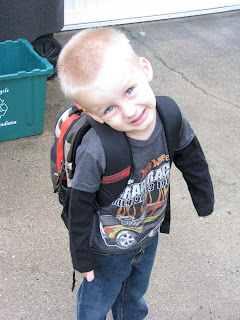 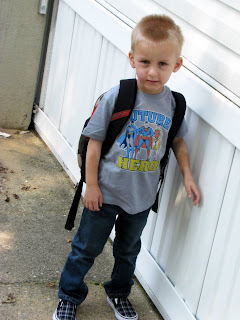 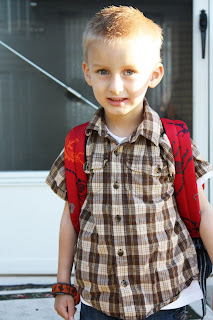 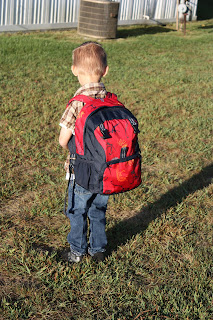 Man he has gotten so big!

Oh my goodness what does he have to keep in that backpack!? I thought you said he was starting kindergarten,.. not 6th grade! He looks so big and grown up. What a cutie.

What a big boy! Must bring a tear to your eye! Make sure you tell him to tell his teacher that you're a teacher. "My mom's a teacher and she would NEVER do this."