Dear PTO President at the kids school,
First off thank you for all you do, for all the countless hours you put into making our school a better place for our kids. I know that what you do is hard work, in fact I was in your shoes just last year. You are putting your whole heart into a mostly thankless job because you love your kids...and mine, and I think you are wonderful. That being said, do we really have to have a different fundraiser every other month? And if we must have them so often can the next one NOT involve smelly wax samples that have somehow ended up in the worst places like in my laundry, or smashed into my floor? Thanks!
Sincerely,
Me

Dear Kids,
I know that you think I am just being grumpy and mean when I tell you, you have to eat and drink in the kitchen, or that crayons and markers are only allowed in the kitchen. I know it is never YOU who spills on my carpet or colors on my walls, your siblings are totally naughty and giving you a bad rap. But here is the deal, your Dad and I have spent the entirety of our adult lives renting places to live from other people, so that means our walls are not OUR walls, and our carpet is not OUR carpet. And while your Dad and I hope to change our status as tenants to owners in the next little while, we aren't there yet and I REALLY would love to get my $900 deposit back on this place. So it would be WONDERFUL if you would cooperate and eat, color, and keep those dang smelly wax candle samples in the kitchen, OK? Thanks!
Love,
Mom

Dear Super Moms,
How do you do it? It seems like your house is always clean, your kids are always happy, you are always happy and calm, and you have everything so organized. I hate you, but I want to be you.
Sincerely,
Me

Dear Jared,
Thank you for all that you do, and thank you for being a Super Dad! Having you travel for work over the past couple of months has really made me realize how much you do and how much I take you for granted. You are the best and I love you!
Love,
Me
Posted by Kerstin at 10:19 PM 1 comment:

So ever since I got an IPhone, I have become a bit of a slacker when it comes to taking pictures with my real camera. The IPhone just makes it so easy to be lazy, it is super convenient, and the picture quality is actually pretty decent. While using my DSLR takes a lot more work it is still my first love (well you know, as far, as cameras are concerned) and I hope that my kids can treasure the pictures that I have of them for the rest of their lives.
So here is a jumbled up post of pictures that I took with my DSLR over the past couple of months. I know a lot of them are very similar to my IPhone photos that I have already posted, sorry about that, but I wanted to post them anyways:
First are the pictures from Levi's first day of Sunbeams. It makes me sad that my baby is growing up way too fast. Funny Story about Levi, he is like the sweetest little boy in the whole world, he LOVES babies, and he is just a sweet sweet boy. But for the past few months whenever he gets mad at me he will proclaim "We are not best friends anymore!" Kinda a low blow, but pretty funny. It is OK Levi, I know you don't mean it! 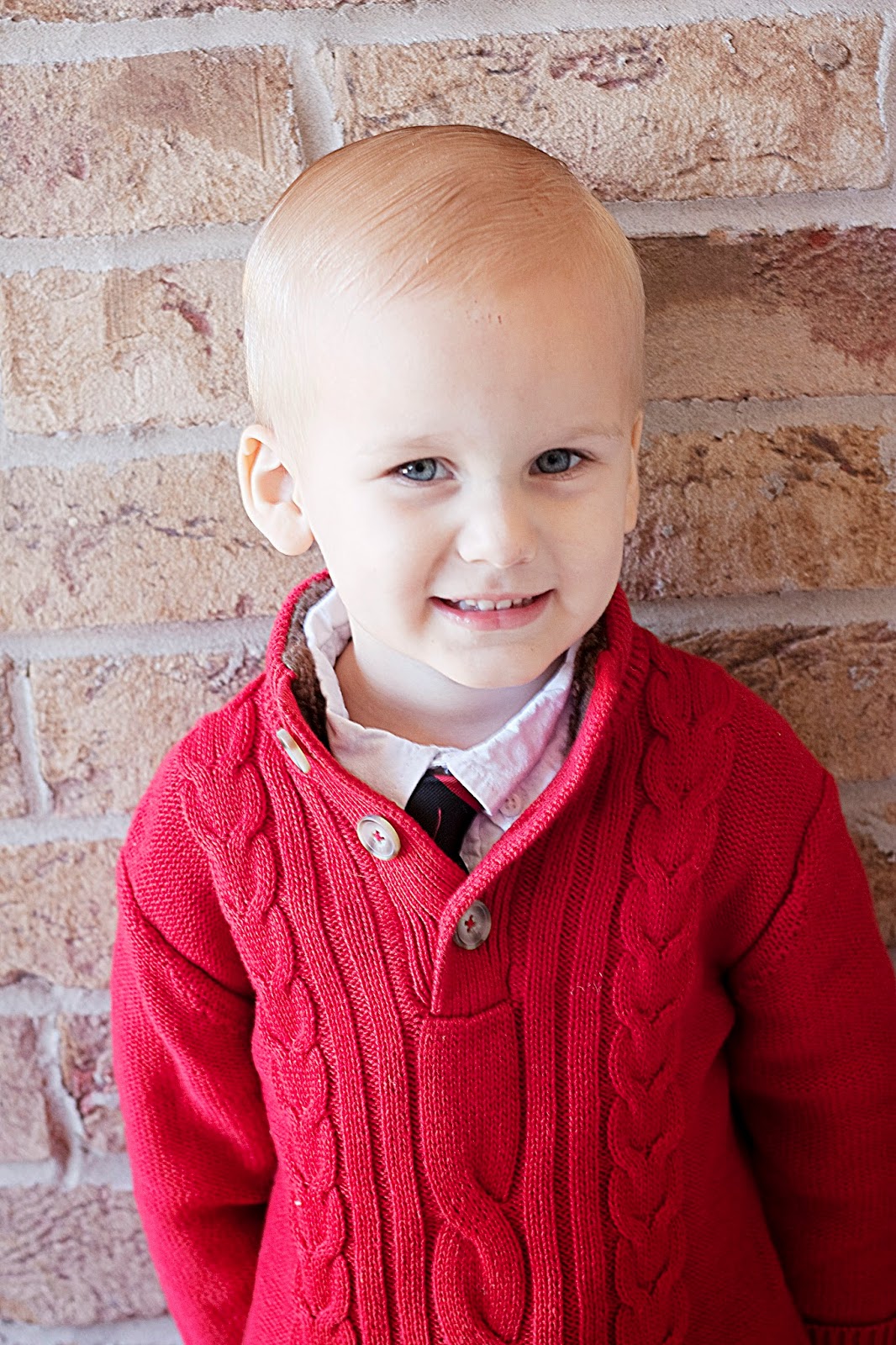 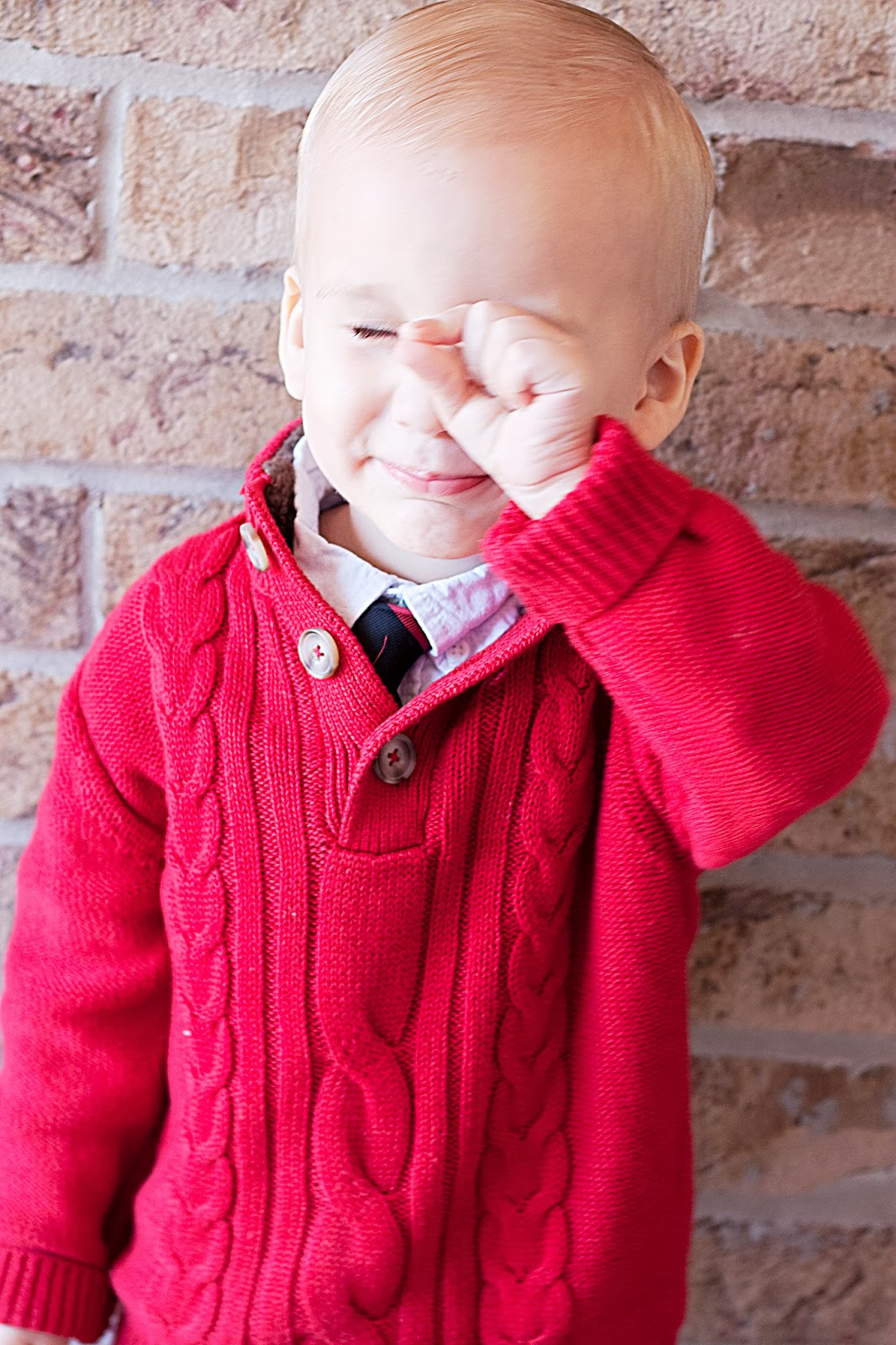 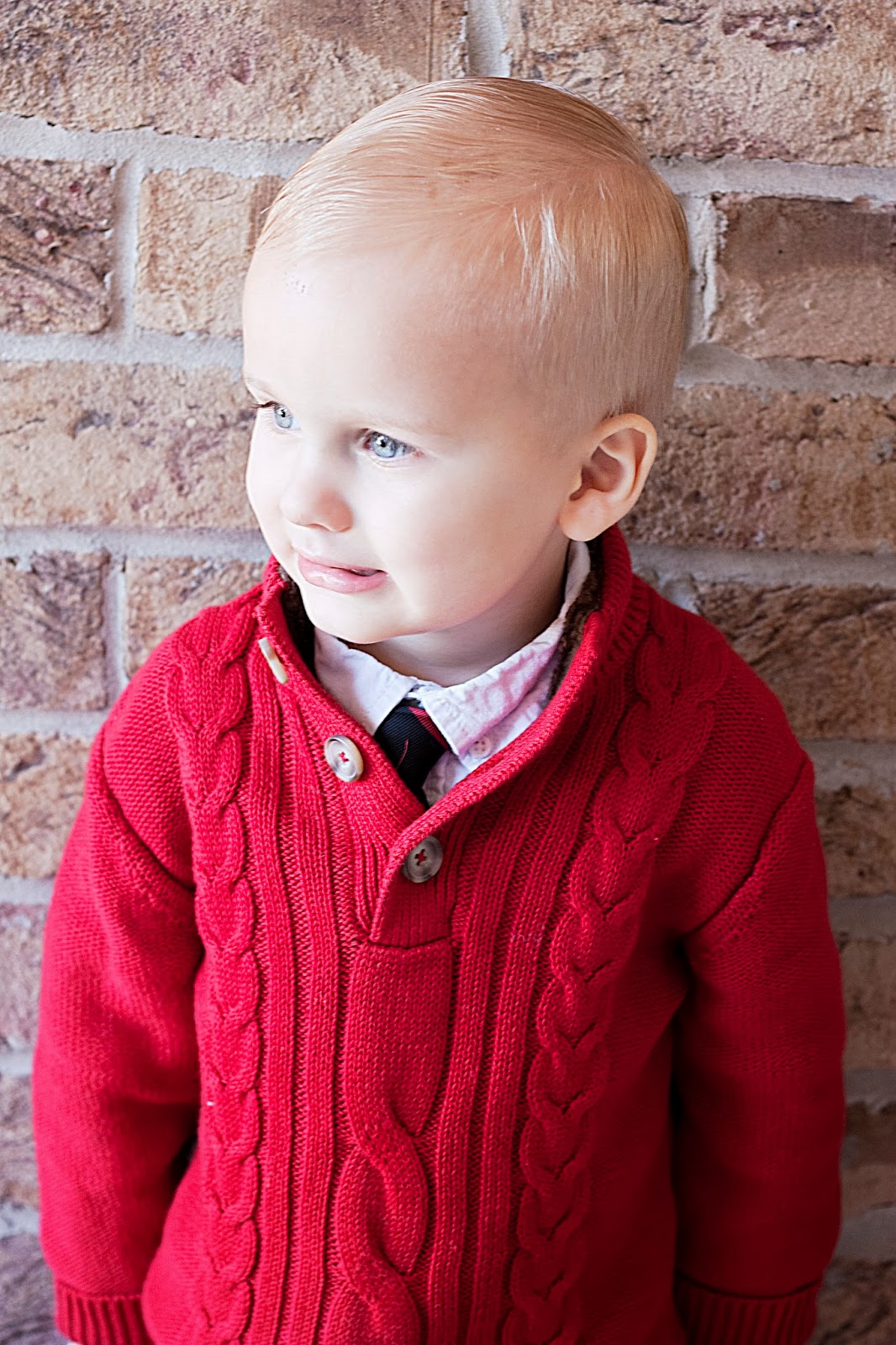 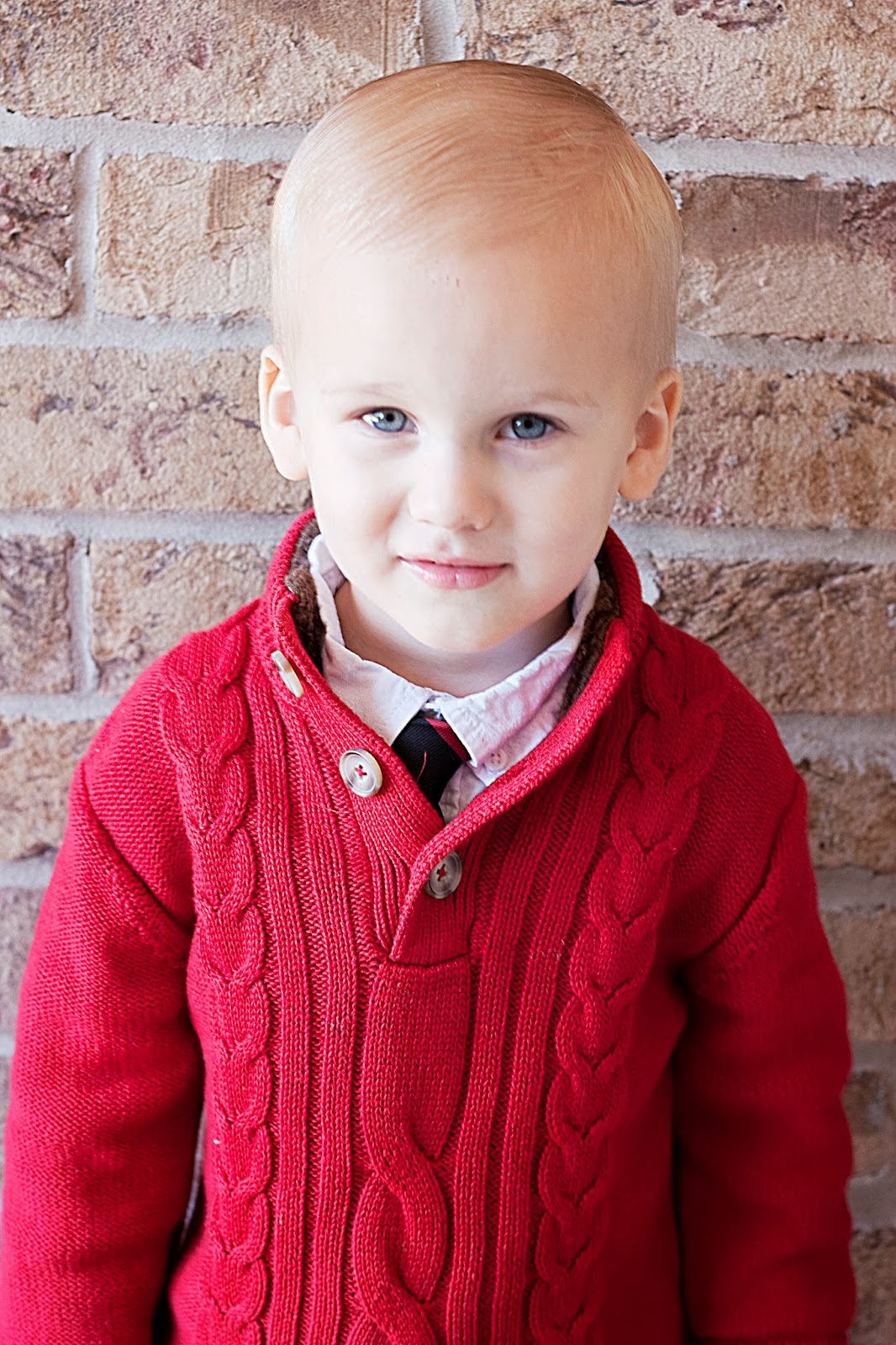 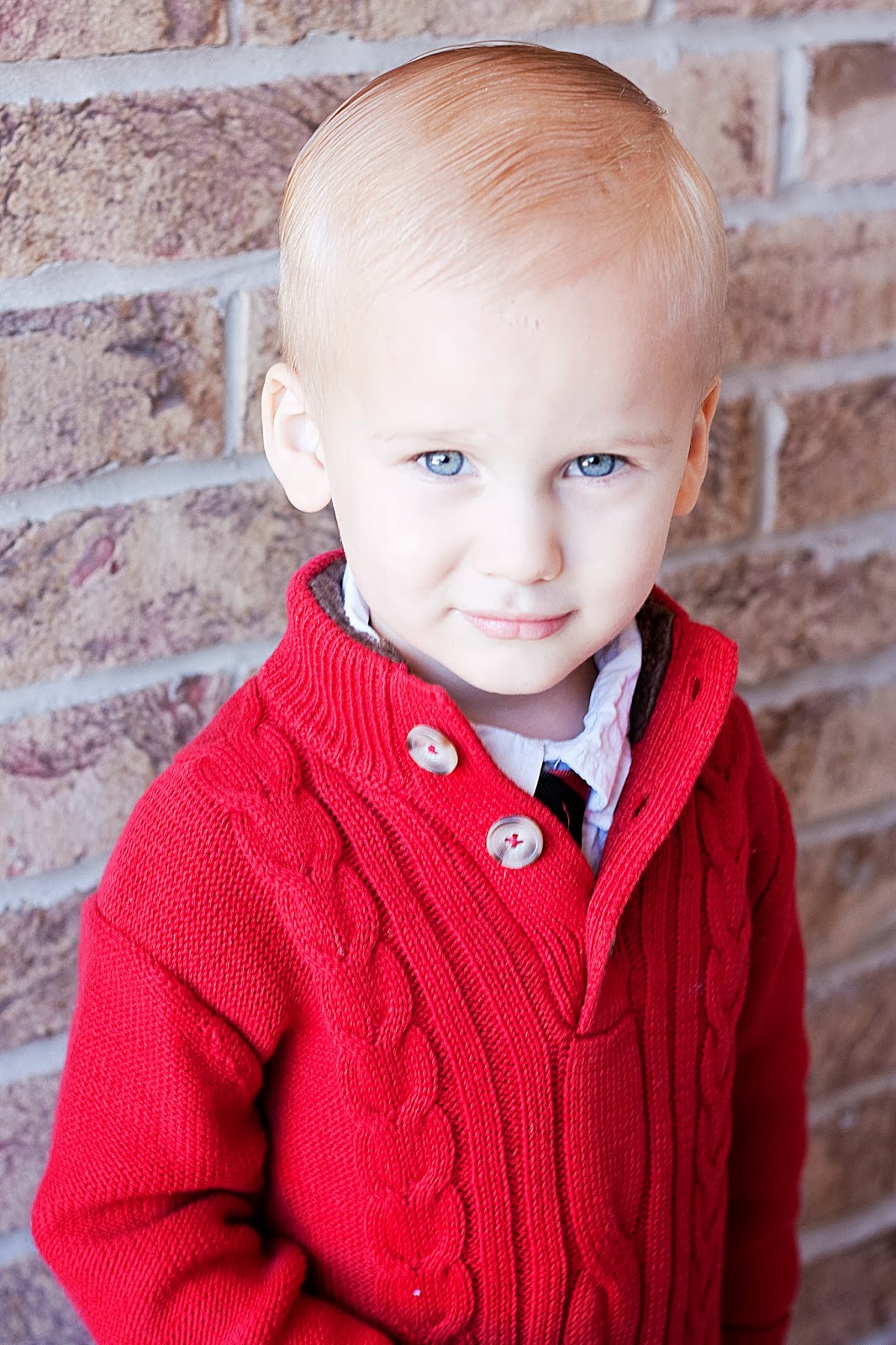 Next up  are a couple of pictures of Landon that I took on his birthday back in January. I can't believe that Landon is 9 years old! I feel like we have entered uncharted territory with Landon, he is still most definitely a kid, but he is starting to exhibit some of that preteen/ teenage moodiness and independence. It has been a bit of a difficult stage for all of us, probably the most difficult on Landon himself. That being said I love this kid so much, and he really is a great kid. He is the best big brother! He is so kind and patient with his sisters ( usually), and he genuinely likes them and is such a great friend to them.  People always talk about how great it is to have two kids of the same gender one right after the other, because your kids have a built in friend, and I agree that that is true. BUT I am also here to tell you that having kids of the opposite gender one after the other can be just as great! Landon is also an amazing brother to Levi. there are many nights that Landon will stay up and read book after book to Levi, and there are many nights when I go into their room to check on them before I go to bed to find that Landon has fallen asleep next to Levi because that is what Levi wanted. I am super hard on Landon, I expect and demand a lot from him, and I know that sometimes this makes Landon feel like I am picking on him or that I don't like him. Landon I want you to know that I love you so much! I am hard on you because I see your potential, and you have set the bar pretty high for yourself to begin with, I know that it doesn't always seem fair, but I  want you to know that I appreciate you, the great boy that you are, and the even greater man I see you becoming. 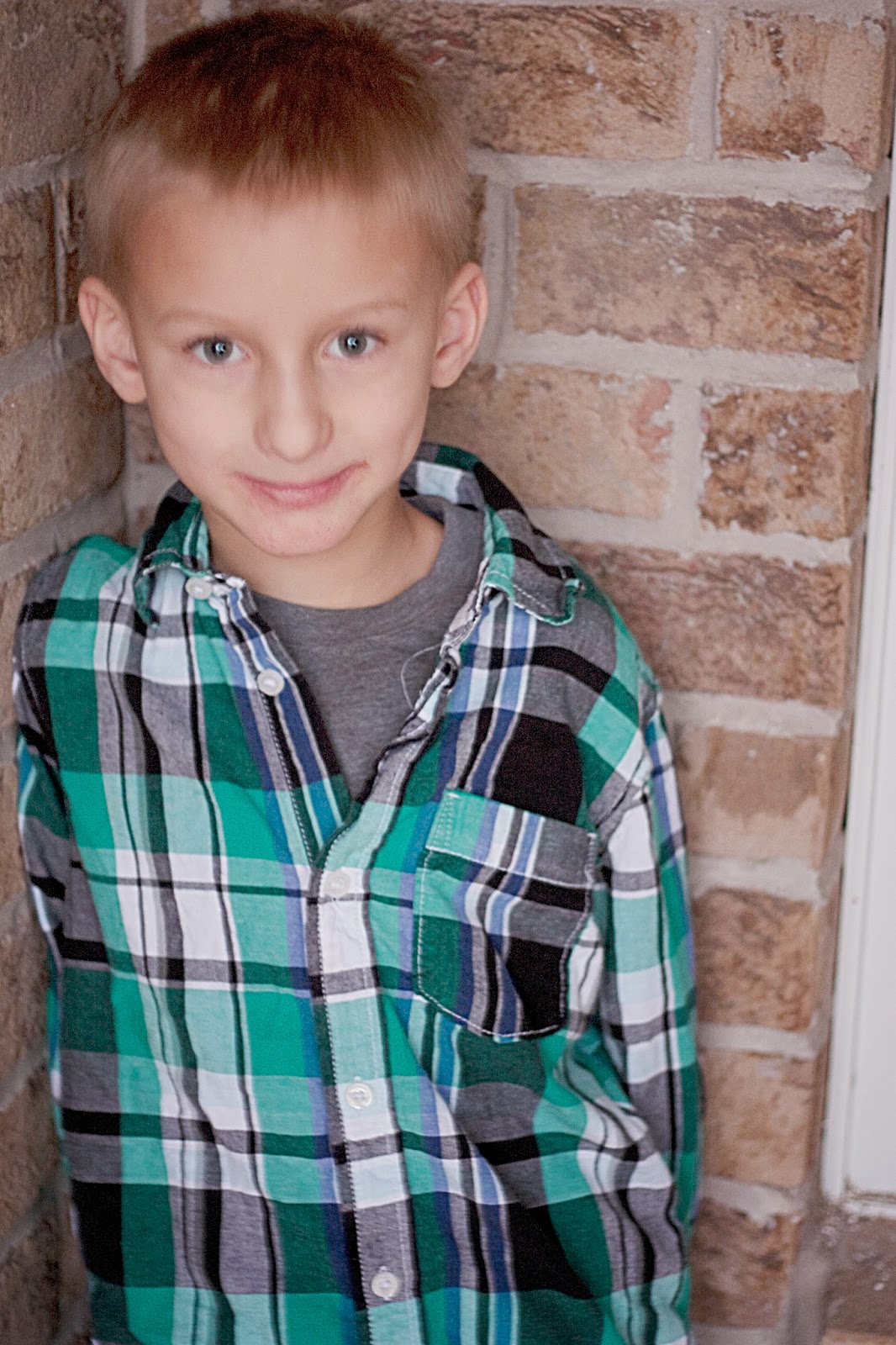 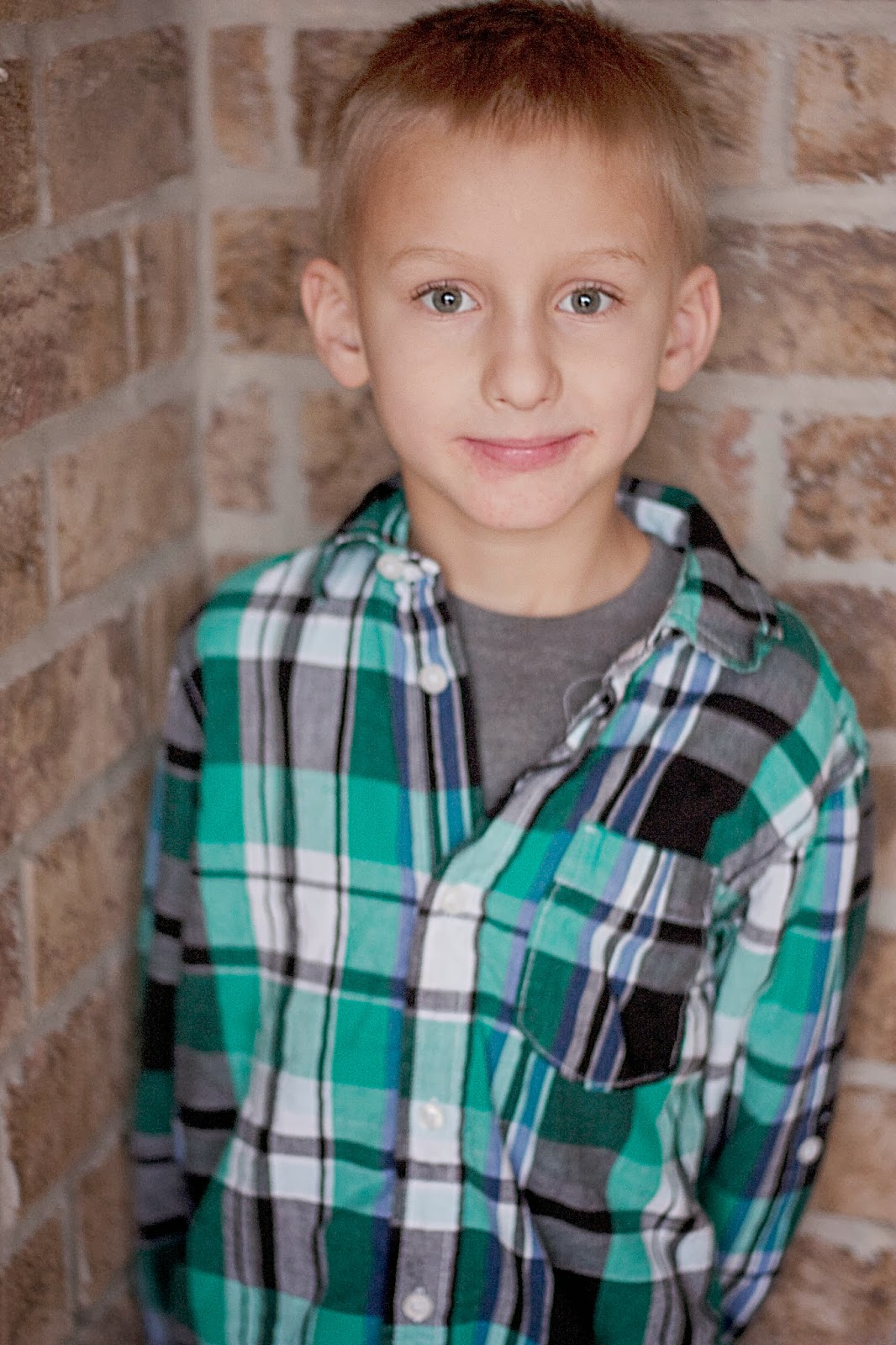 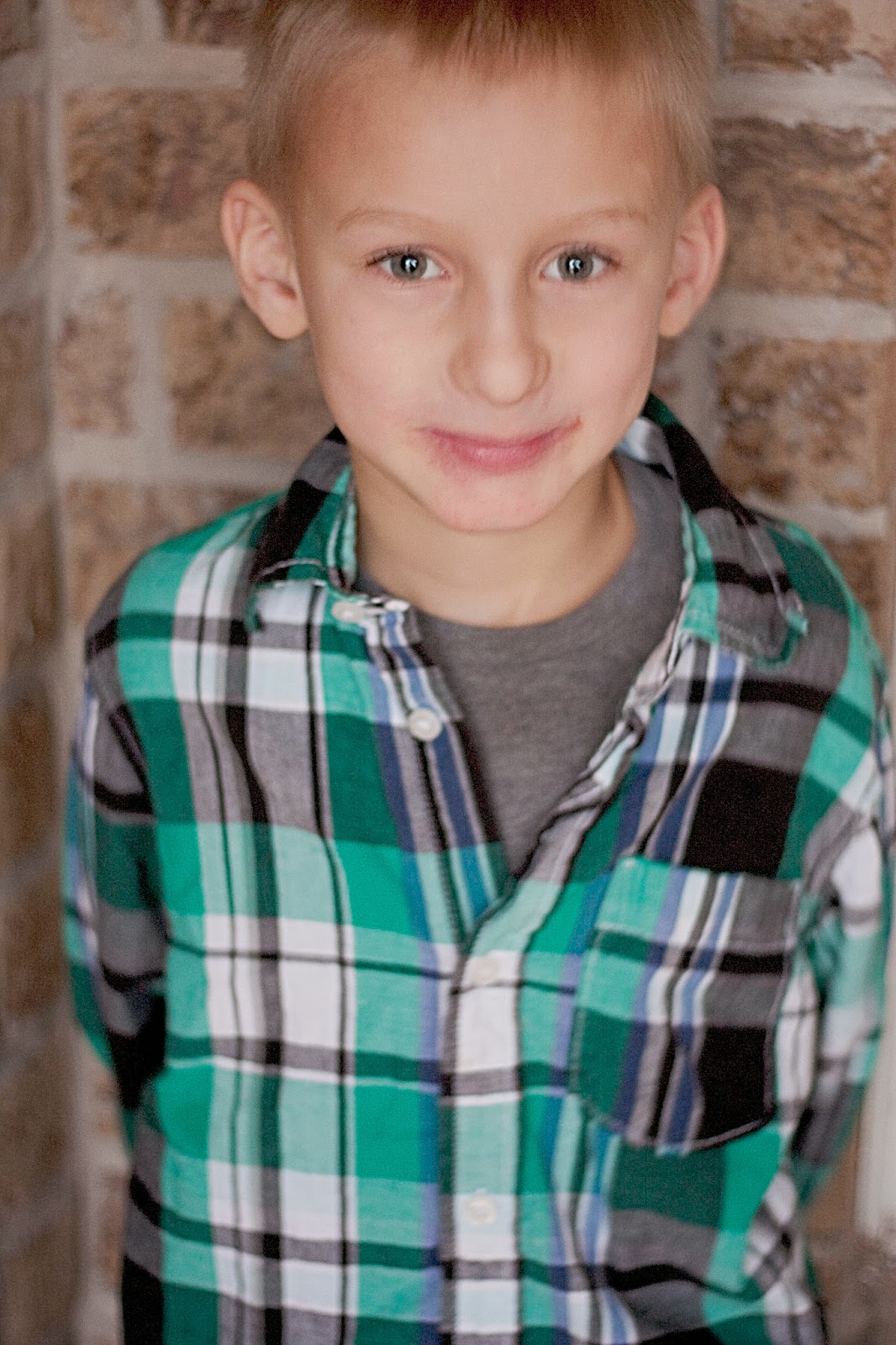 Last up are some more pictures of my cute little Valentines.  You will probably notice the scraps on Levi's face. Sad story. Levi and I were holding hands walking up a curb to get to Sally's Beauty Supply. As Levi climbs up I notice that the curb is pretty high, I make a mental note of it, but apparently a little too late, Levi made it up just fine but I tripped and fell to the ground on my way up. I scraped up my hand a little bit and was pretty embarrassed, but then I realized Levi was crying. I pulled the poor kid down with me, and unfortunately for him his face got the worst of it. Not my finest Mommy moment.  We got a few strange looks as we both sat on the concrete as I tried to asses the damage and then console a very sad little boy ( who has been very hesitant to hold my hand ever since, by the way). 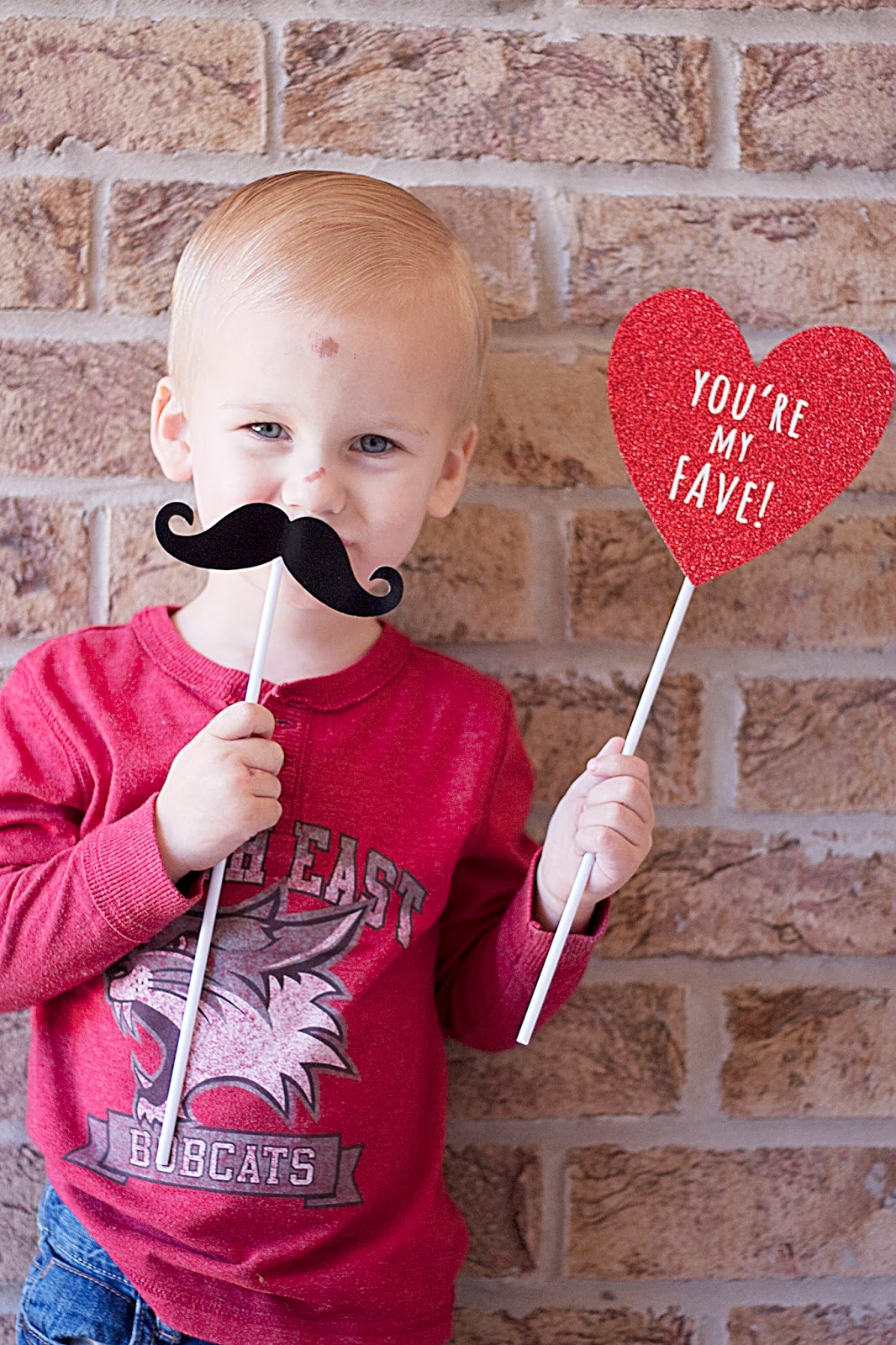 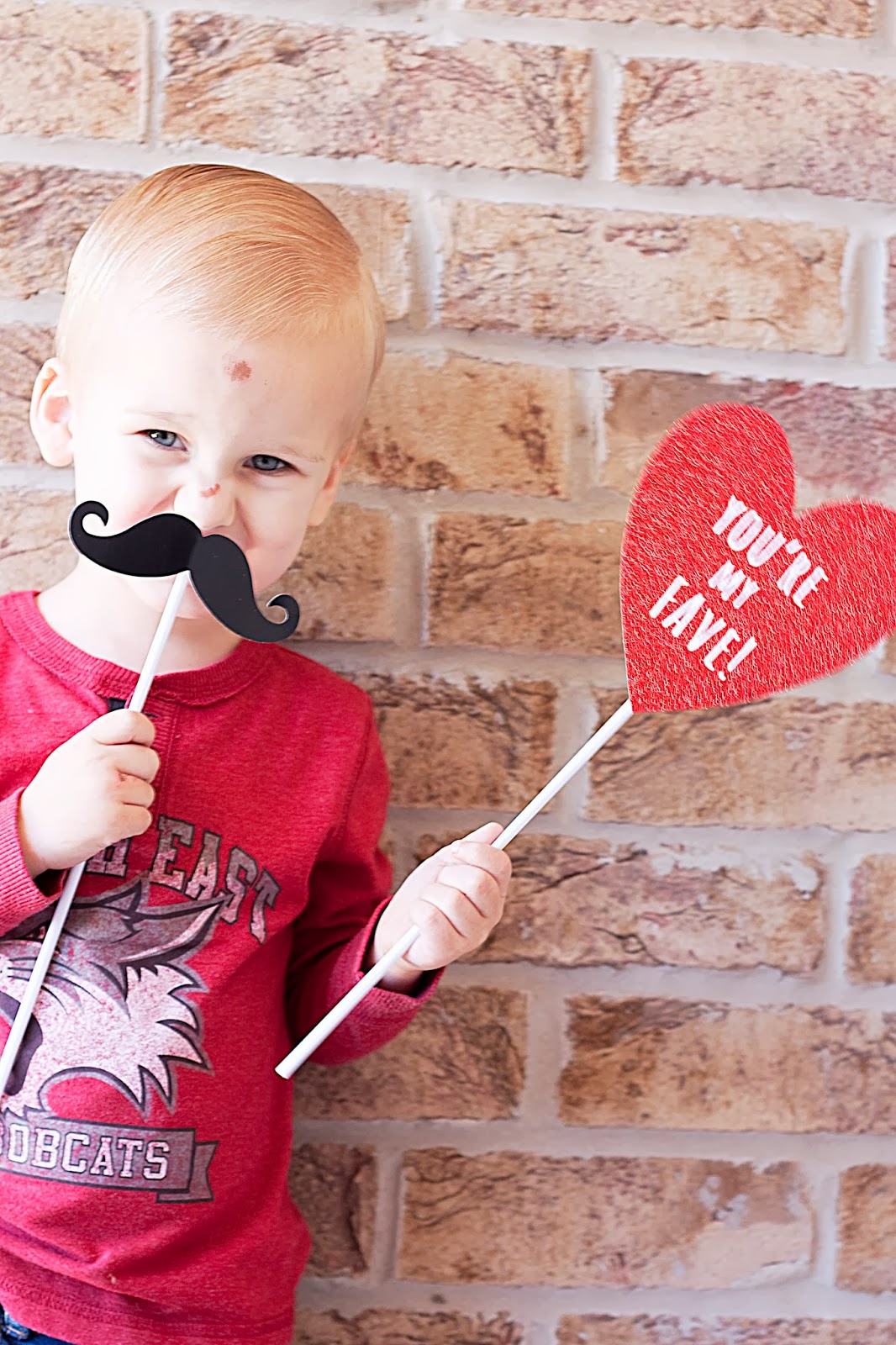 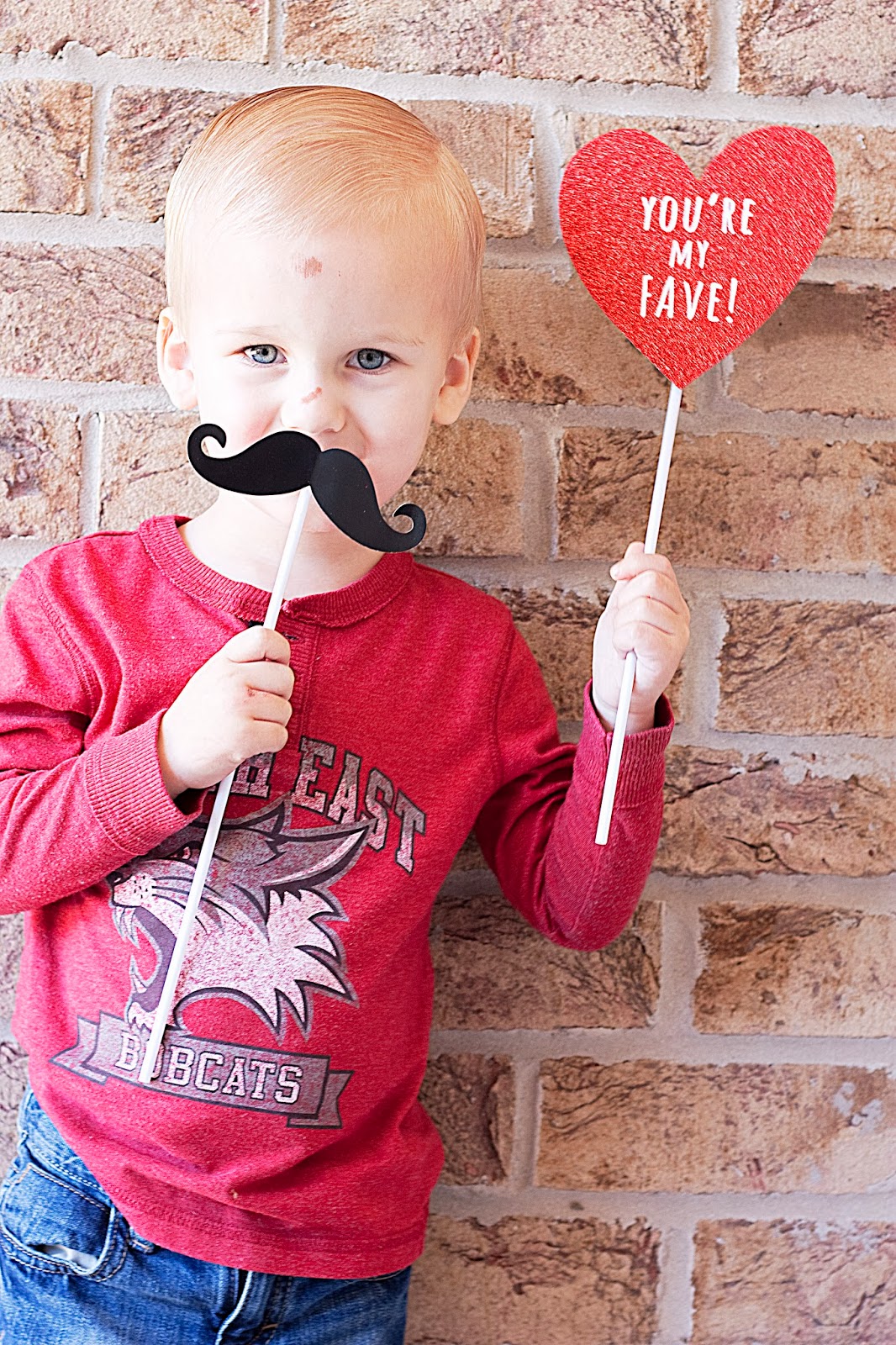 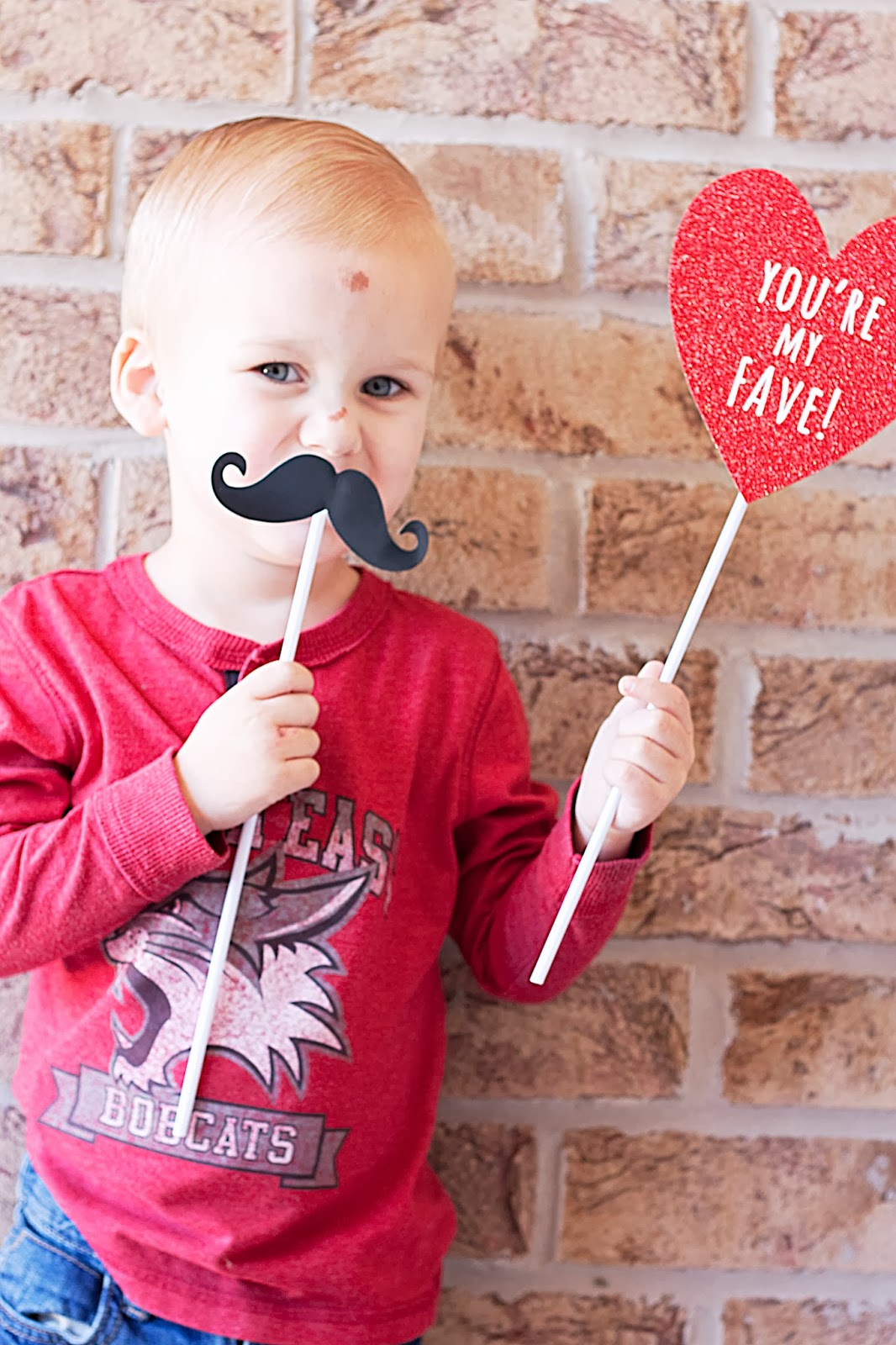 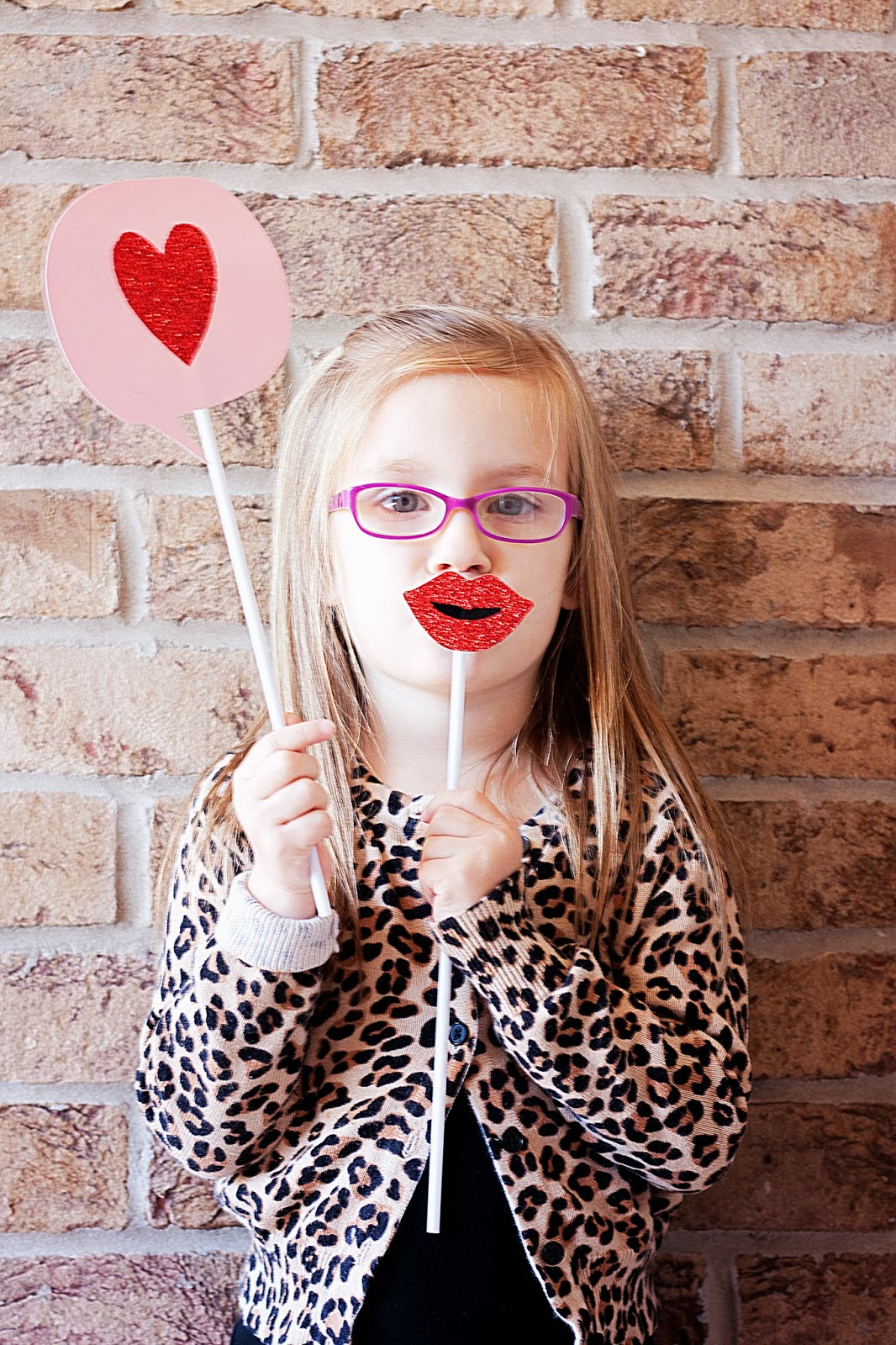 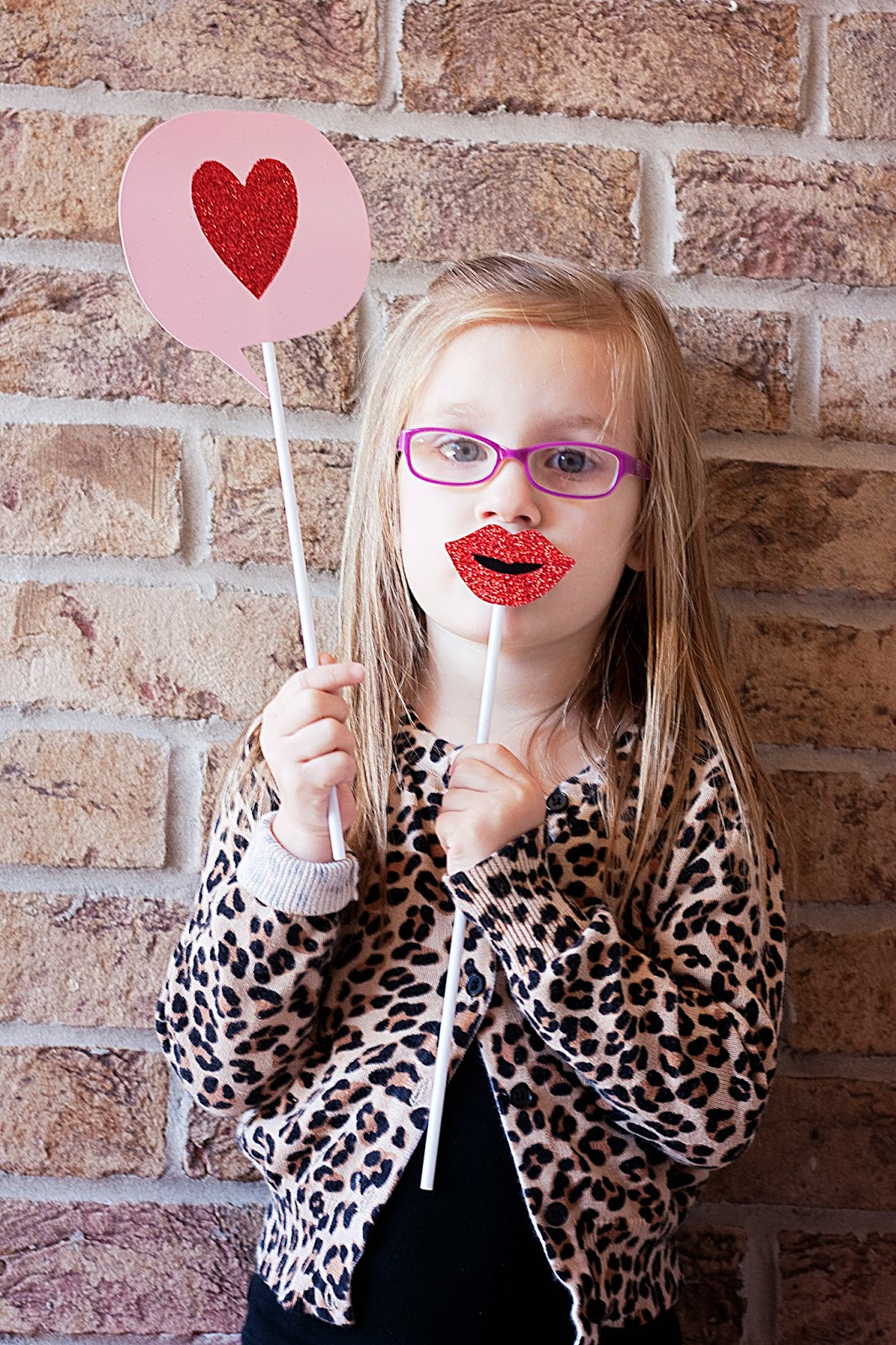 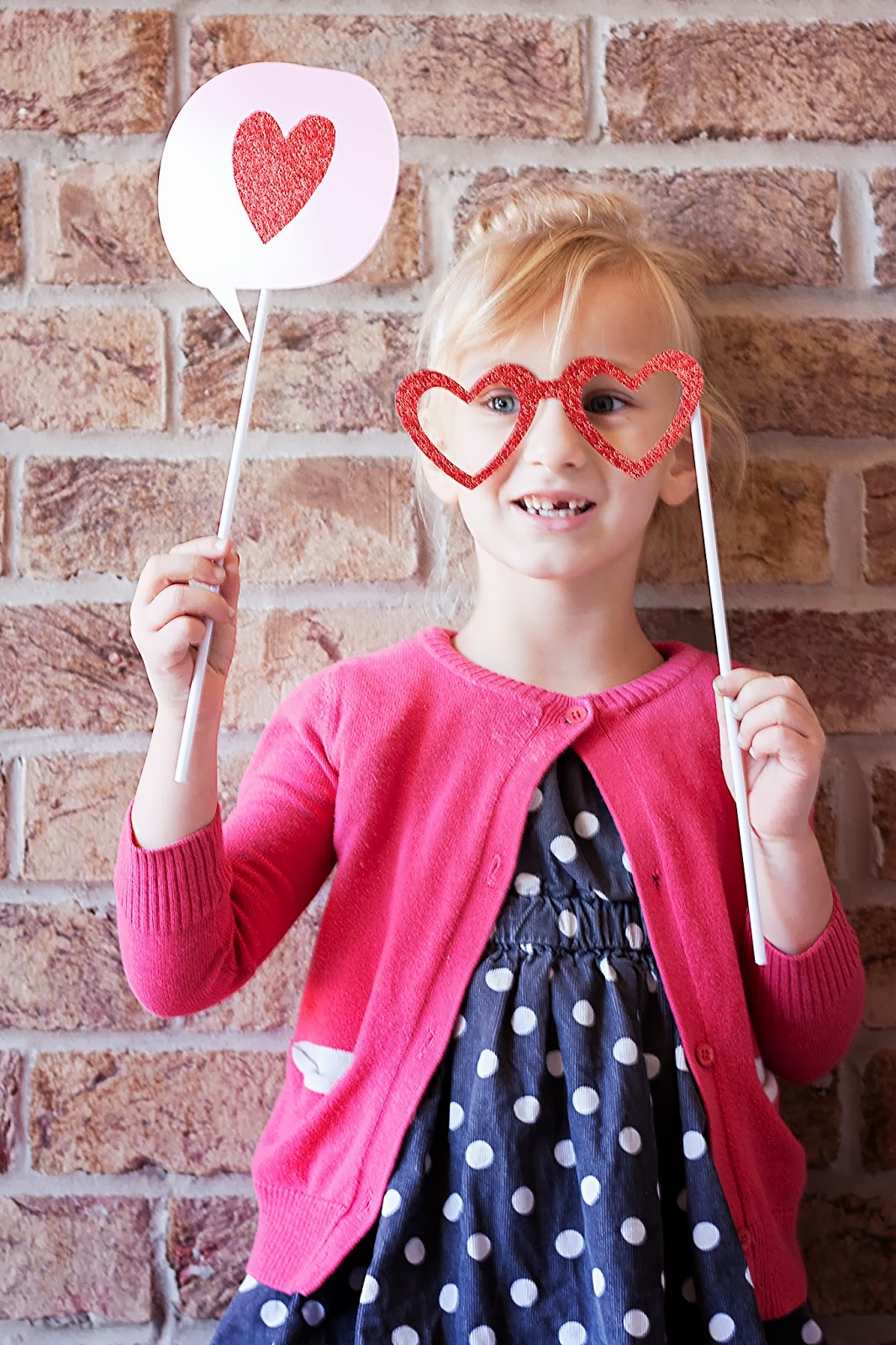 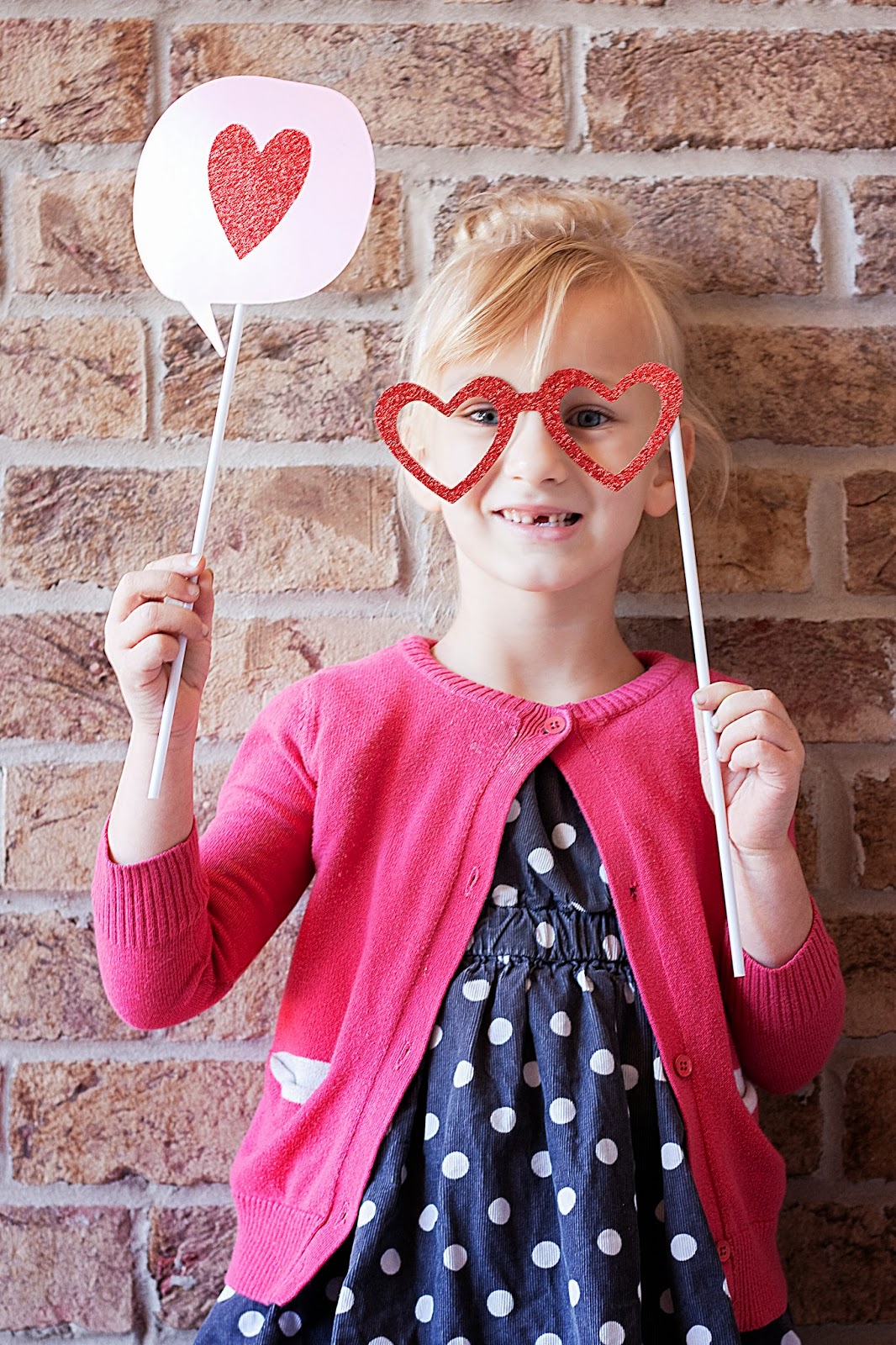 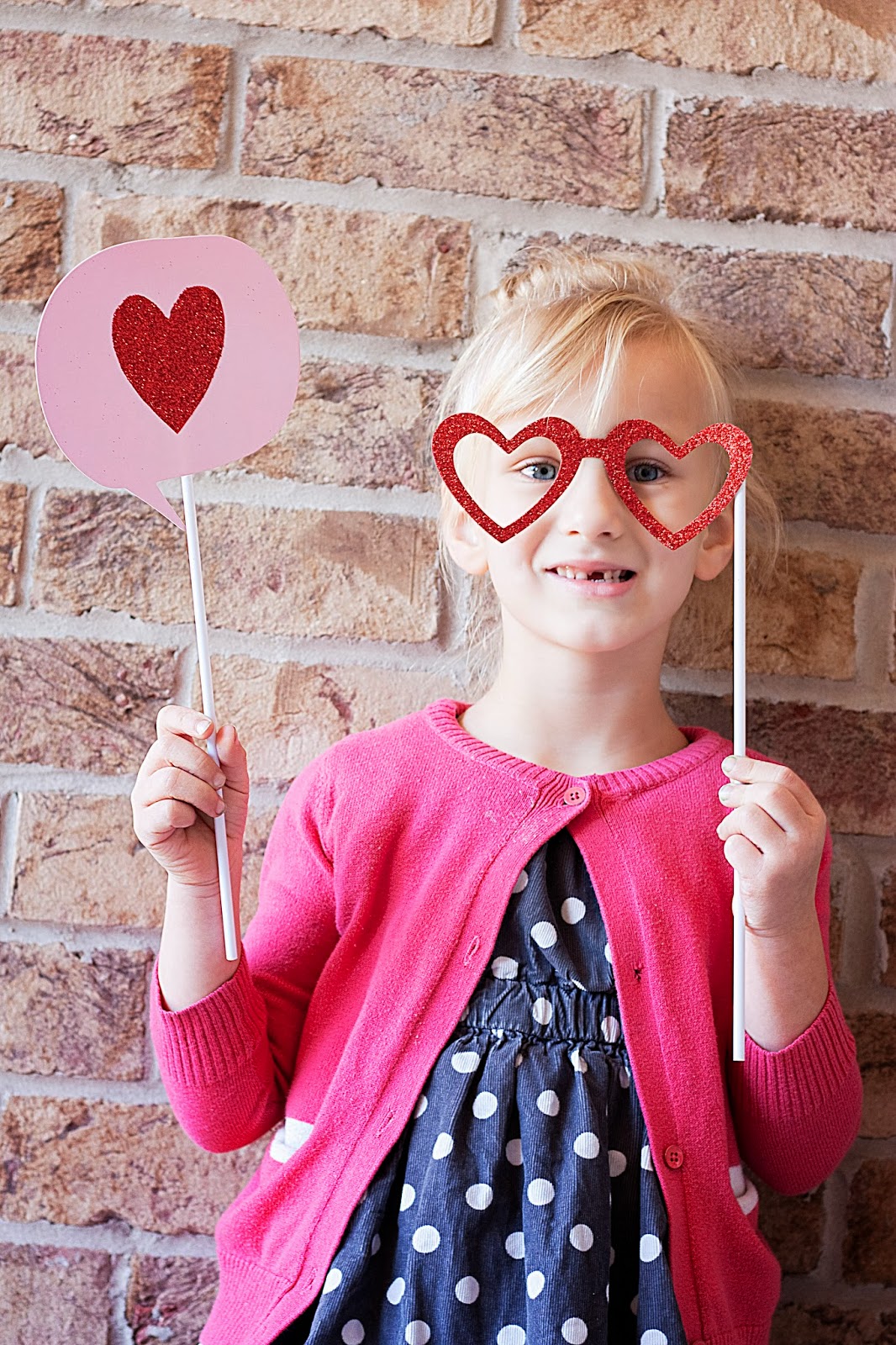 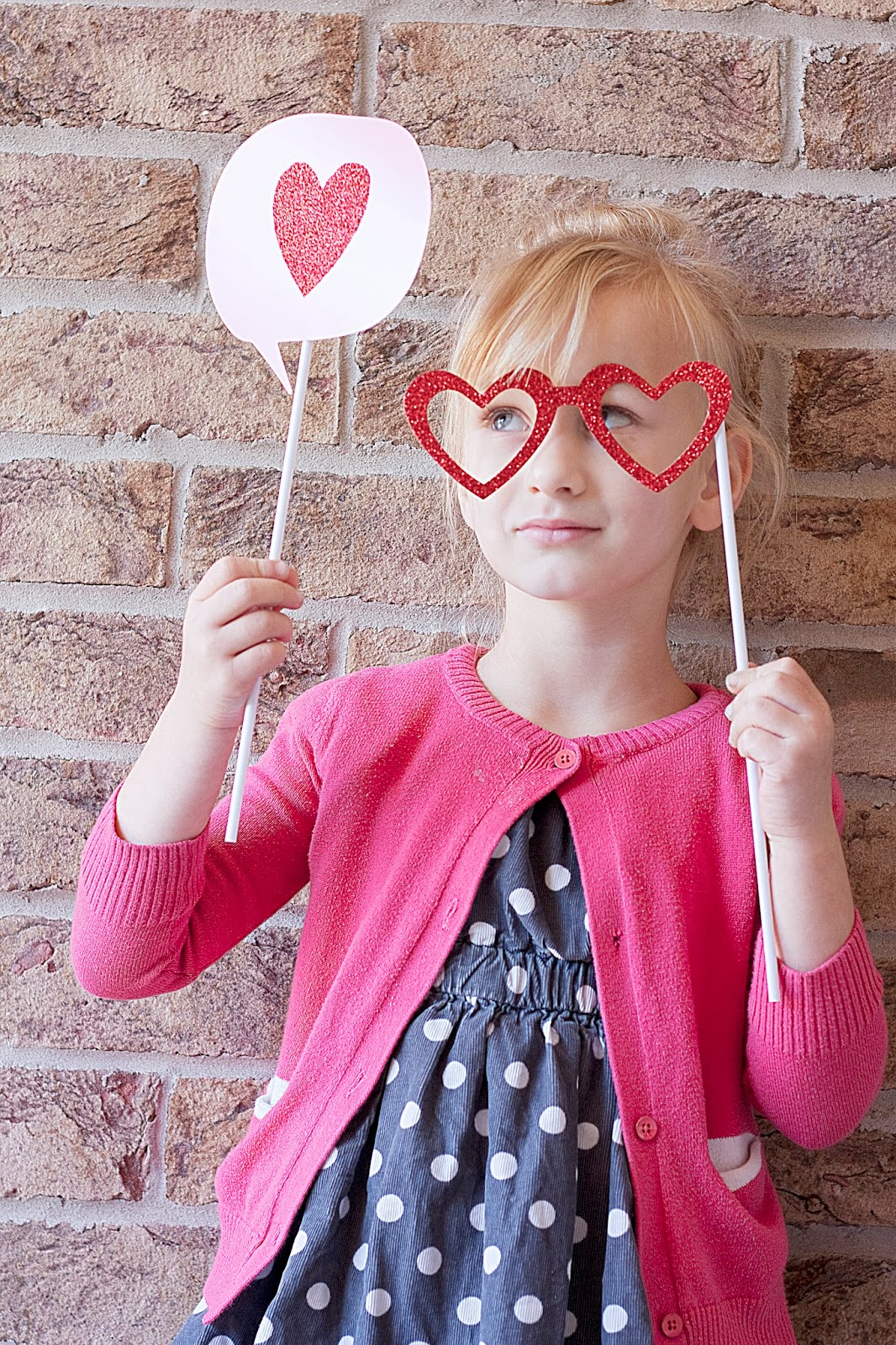 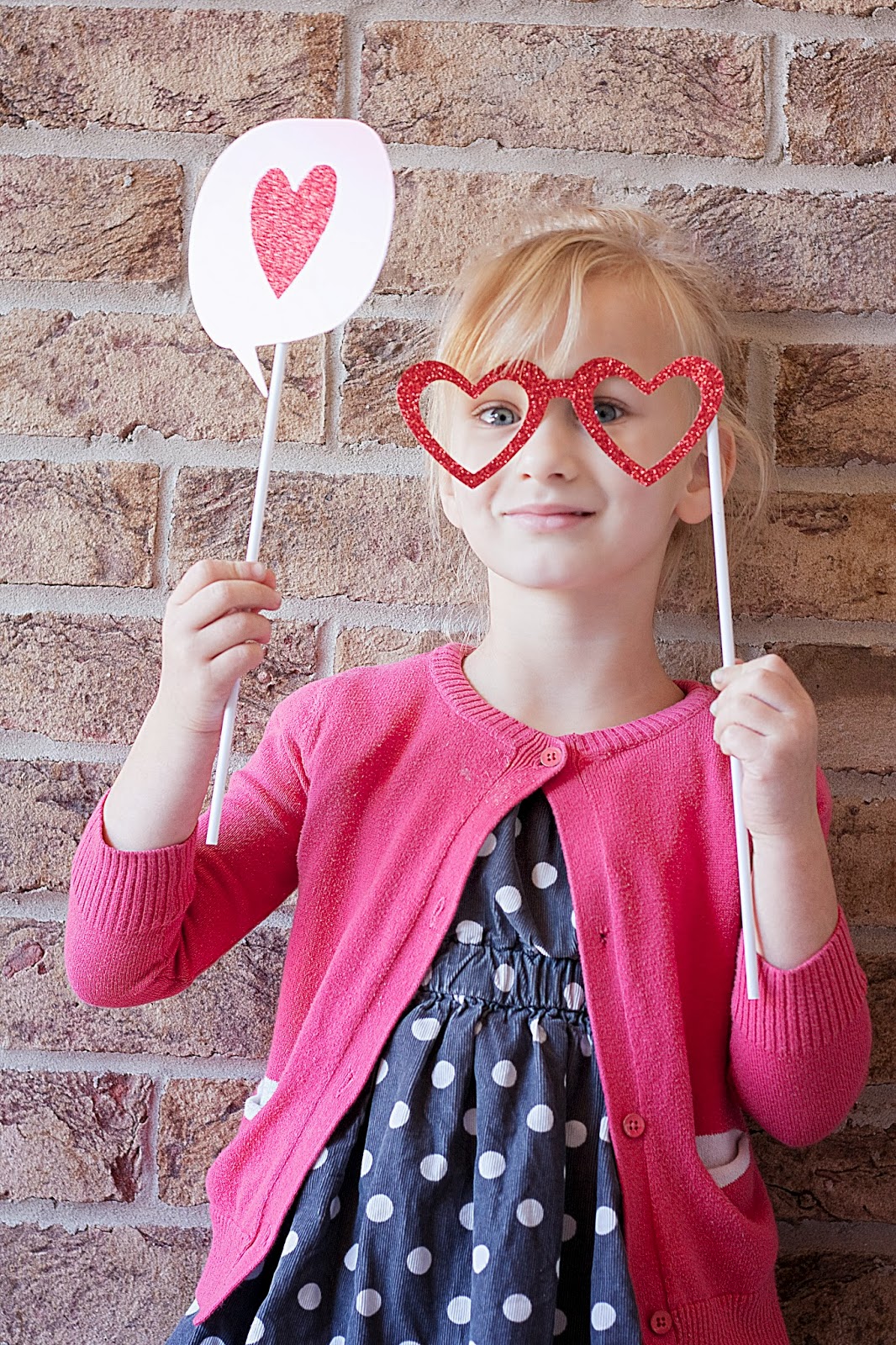 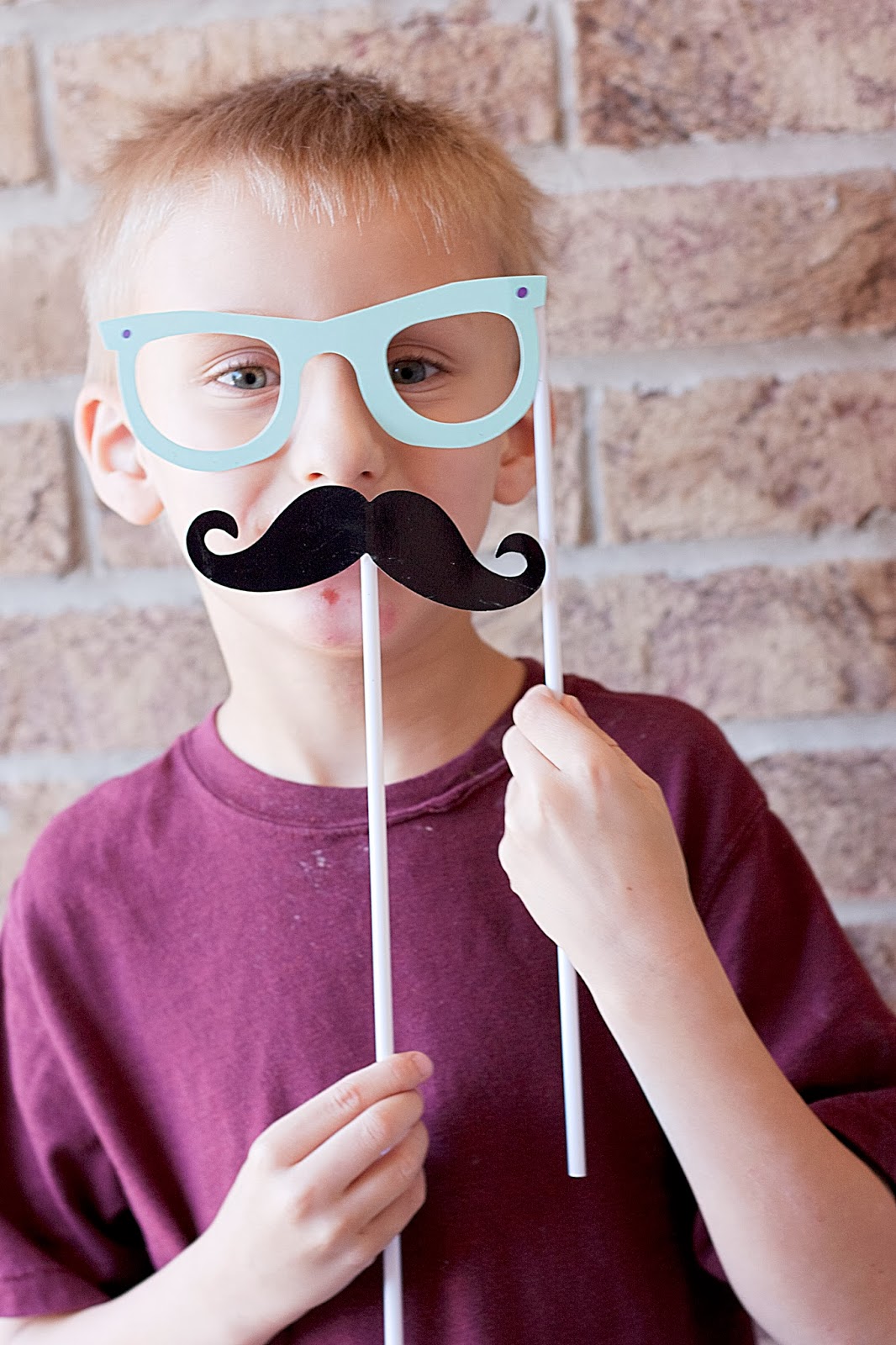 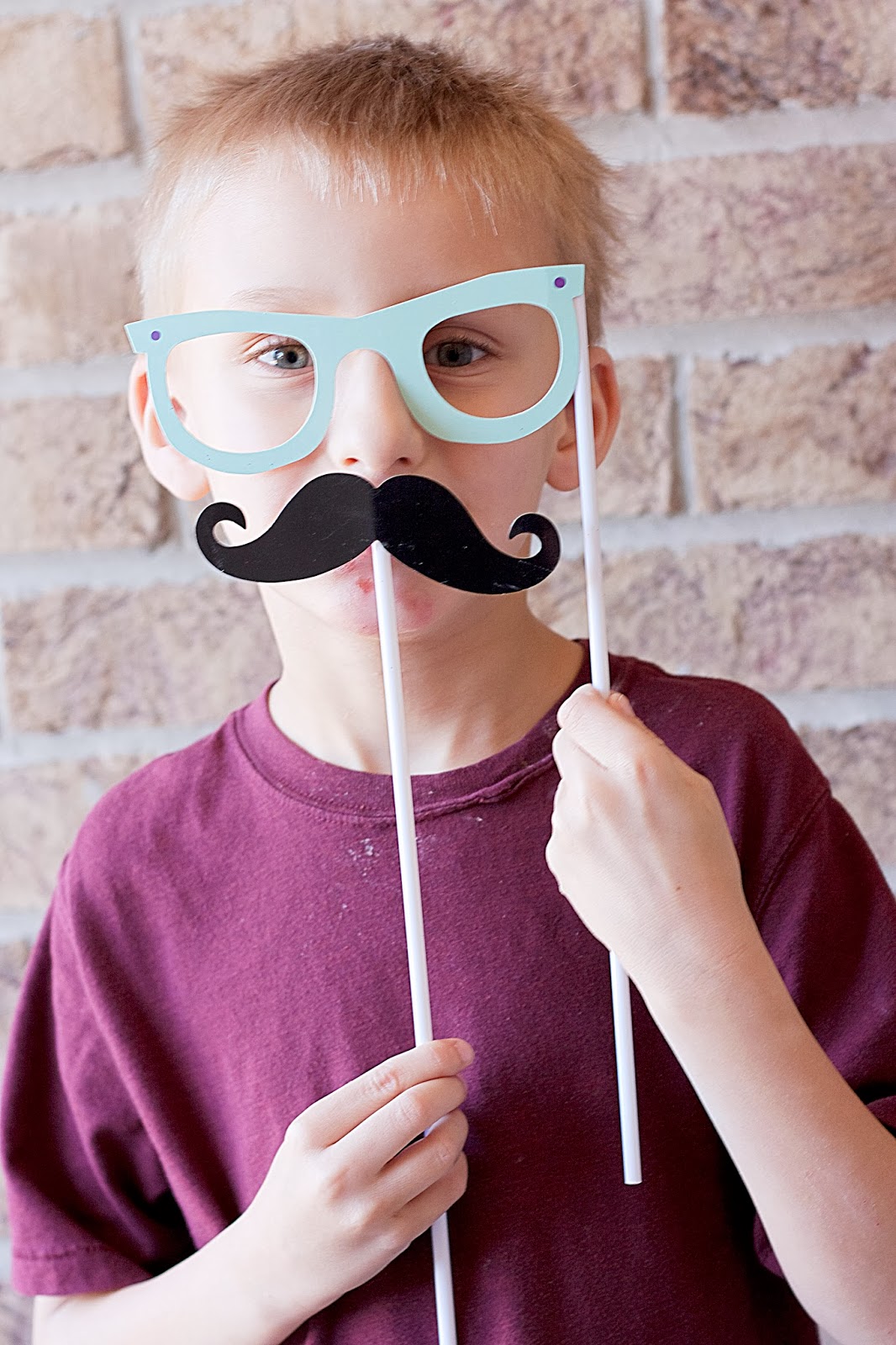 Posted by Kerstin at 1:28 AM No comments: 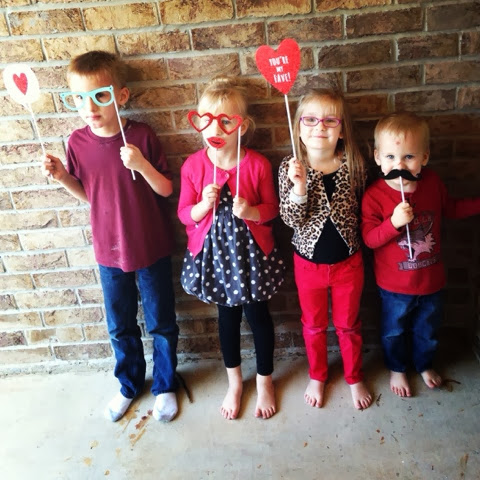 We have had a great Valentine's Day in the Peterson home. I feel so lucky to be surrounded by the people I love the most today! Also it is 75 degrees outside so I can't complain! Happy Valentine's Day! 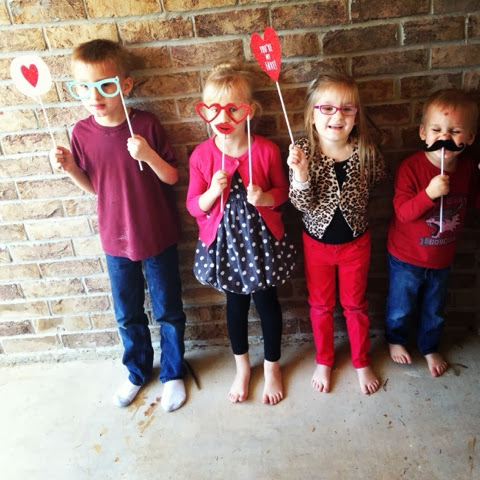 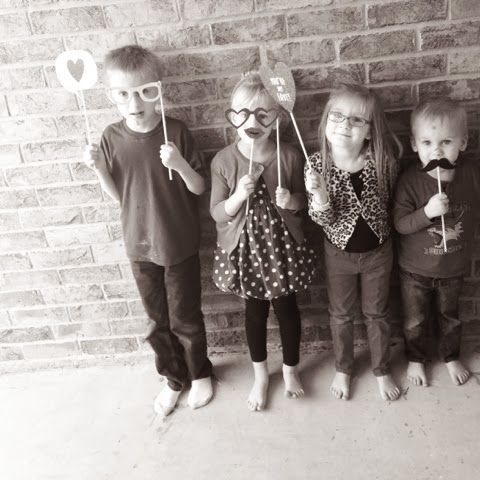 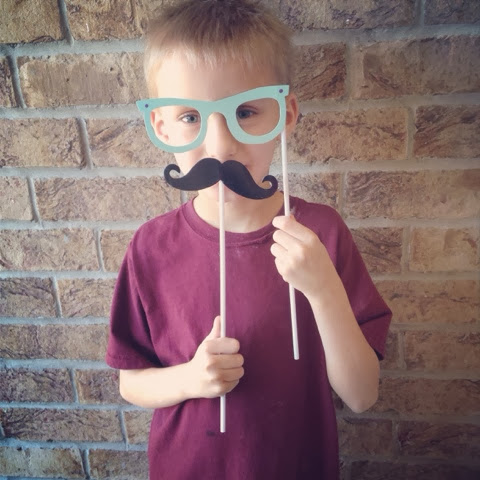 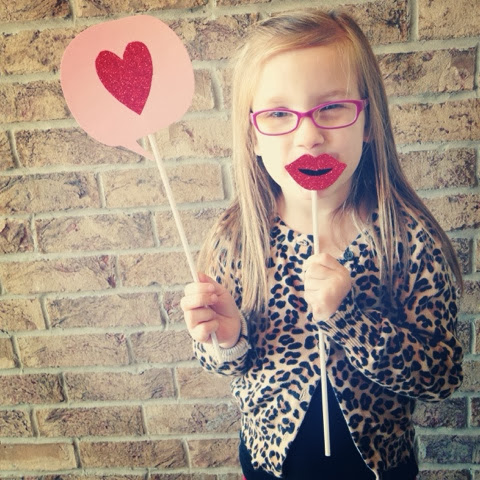 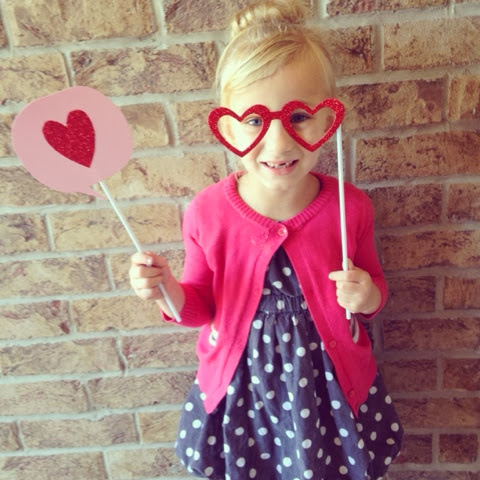 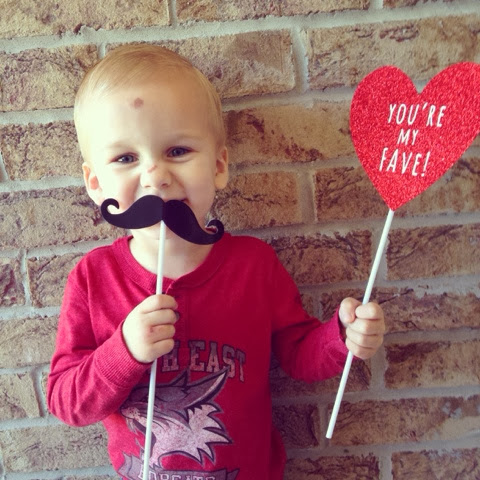 The girls begged me for heart hair for Valentine's Day
Here's Ella's hair: 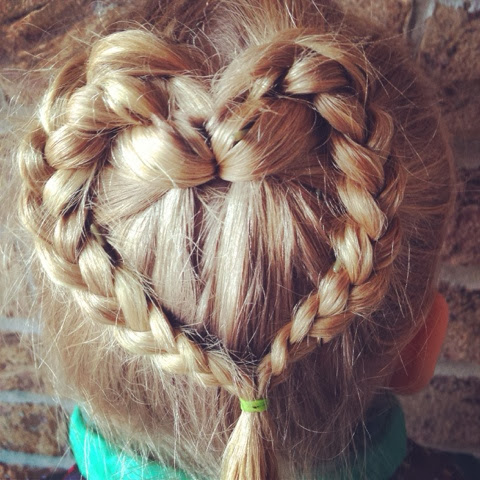 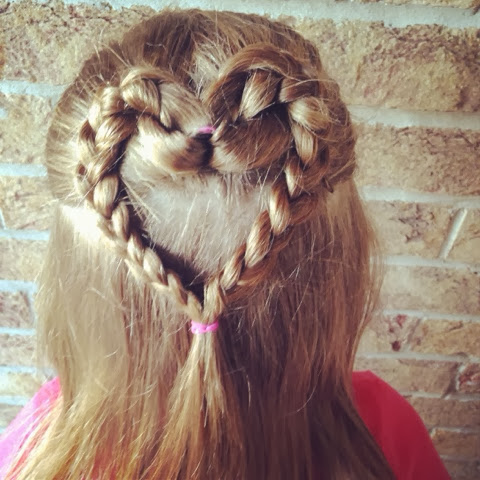