﻿On Saturday Landon had his birthday party. I am kind of a slacker and this was the first real birthday party that I have ever thrown, and I am not going to lie I was really nervous.  I quickly learned that four, five and six year olds aren't as hard to impress as I had anticipated and the party was a huge success. The kids had a blast and they were all so well behaved! I might actually consider doing a Birthday party again someday :). The theme of the party was super heroes. I made all the kids capes and we played super hero games such as  pin the emblem on the cape, musical rescue, catch the super villain, and super hero's v.super villains. ﻿ 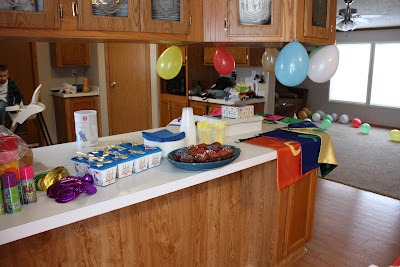 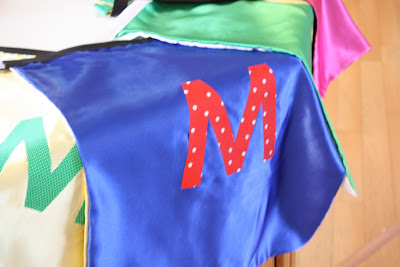 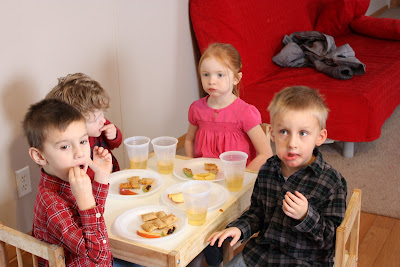 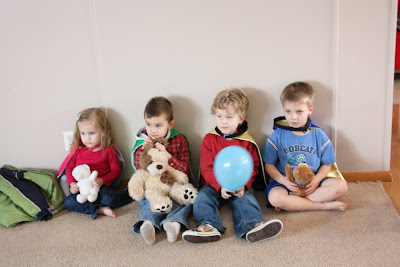 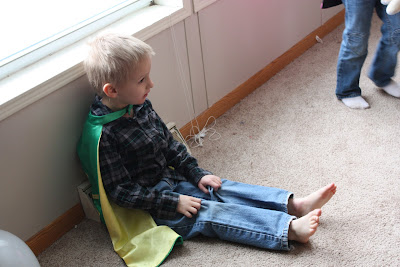 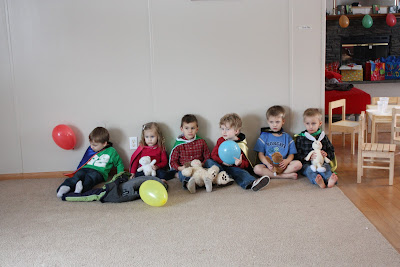 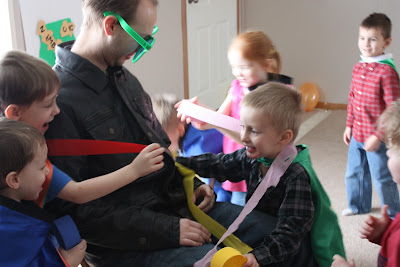 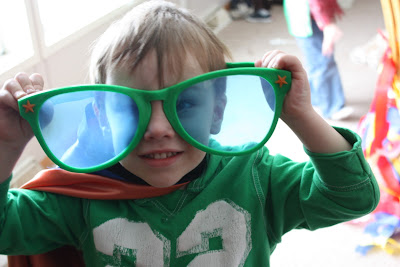 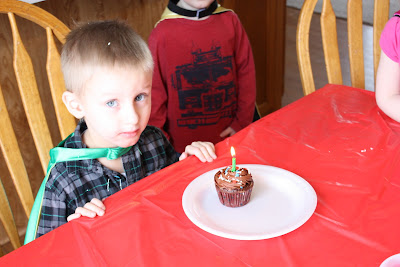 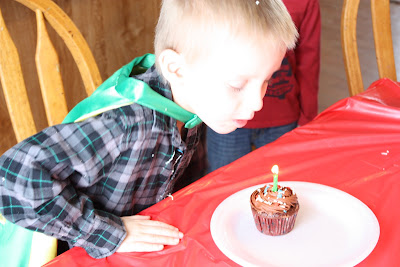 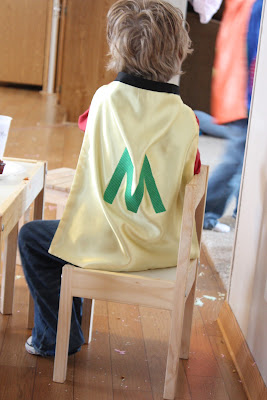 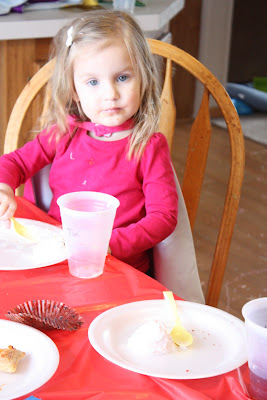 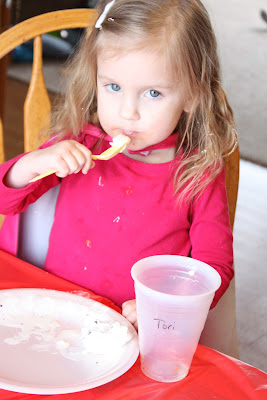 Landon had a great party and we were so happy that so many of his friends could be there to celebrate his 6th Birthday with him.
Posted by Kerstin at 4:12 PM

It really was a fun party. The boys are still talking about it. You put in a lot of work, but it seems like it was worth it in the end!

What a great looking party! The superhero theme was a great idea, and how fun you even had a villain! I'm so impressed with the invitation. And yes, you're totally brave for doing a party; I'm not looking forward to that.

You did an awesome job on the capes, I am very impressed, course I knew you would do a fantastic job!