Ode to my watch 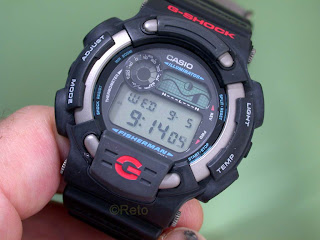 OK, so let’s get something straight, this really isn't an ode. An ode is defined as "a lyric

poem with complex stanza forms", which this clearly isn't. There really isn't a lyric part to

this, and, if there are complex stanza forms there are sufficiently complex that I can't

recognize them. However, if there's someone out there who wants to try and put this to music, I

will let them. (Lillian? Up for a challenge?)

Another thing, the watch I'm writing this to isn't actually the watch shown in the picture, its

just sorta’ similar. The watch I'm dedicating this to is actually a lot more beat up with little

melted bumps on the face that came from welding. (At least, that's where I imagine they came

faces that this watch has actually seen.)

Now, why would I write a little snippet about a watch? Well, because this is an awesome watch.

I got this watch from my dad a few years back. Not sure how many years back, but a few. He

noticed I needed a watch and so he gave it to me, right there on the spot. (And, by way of

information, that's not the first time he's actually given me a watch that he owned simply

because I didn't have one. He's the man, but I digress.) (That is also, incidentally why I

think the little melted spots are from welding, my dad welds. I don't, in case you're

wondering.) This watch has, since that time, been with me through a lot of stuff. Many years

of school, some research, attractions, children, pregnancies, and a whole host of other stuff

that watches are there for. (Watching you? Who named them watches anyway?) During this time

it has faithfully kept time and dates without a word of complaint. Sure its been a little slow

sometimes, but its been on its game for the most part.

However, this stuff, no matter how great, isn't really ode worthy stuff. No, what makes this a

compelling tale (OK, so maybe not that compelling. Still deserves a song though.) is the fact

that recently the watch has stepped up to the plate, so to speak, and has begun fulfilling

another purpose above and beyond its designed function. Magnified its calling, so to speak.

What has it done? Well, nothing short of stopped my kids from fussing for extended periods of

time again and again, and for that it deserves accolades. (Maybe a trophy of some kind, what

sort of a trophy would you give to a watch?)

I first noticed it doing its mojo in church a few months back. We were sitting there and Tori

was being a bit of a snot. (I know, shocking. But its true.) She was still a little young for

Nursery and I was kinda’ at wits end. Anyway, I was trying to calm her down and she noticed the

watch, started playing with it, and immediately calmed down. What a watch!

Since that time it has come into play again and again, and not just with Tori, with Landon and

Ella as well. It can (And has) distracted all of them at various times for various lengths of

times. And, what makes the watch even better, is that its silent. It is hard to press the

buttons, so they can't do that and make it beep. Its all made of plastic, so there are not loud

noises on wooden benches. And then, once its job of distracting is complete, it returns to

keeping time again with nary a complaint.

Now that is truely praiseworthy, so lets hear it for the watch!!

Posted by The Relativity Ranger at 11:33 AM

Excellent post on ode to the watch!! I will have to ask dad for one of my very own!!

hahaha!!! I love it! Slow day at school?

nice,... praise be the watch and it's versatility. a faithful servant loyal companion and a father's best watch friend.

Ah, very nice. I could do similar odes to my watches/necklaces/bracelets. I love it!

It's so funny how I could hear your voice in my head as I read that. Nice "ode", though I do think I may find it difficult to put it to music. Apologies.

Maybe an assignment in one of your classes?